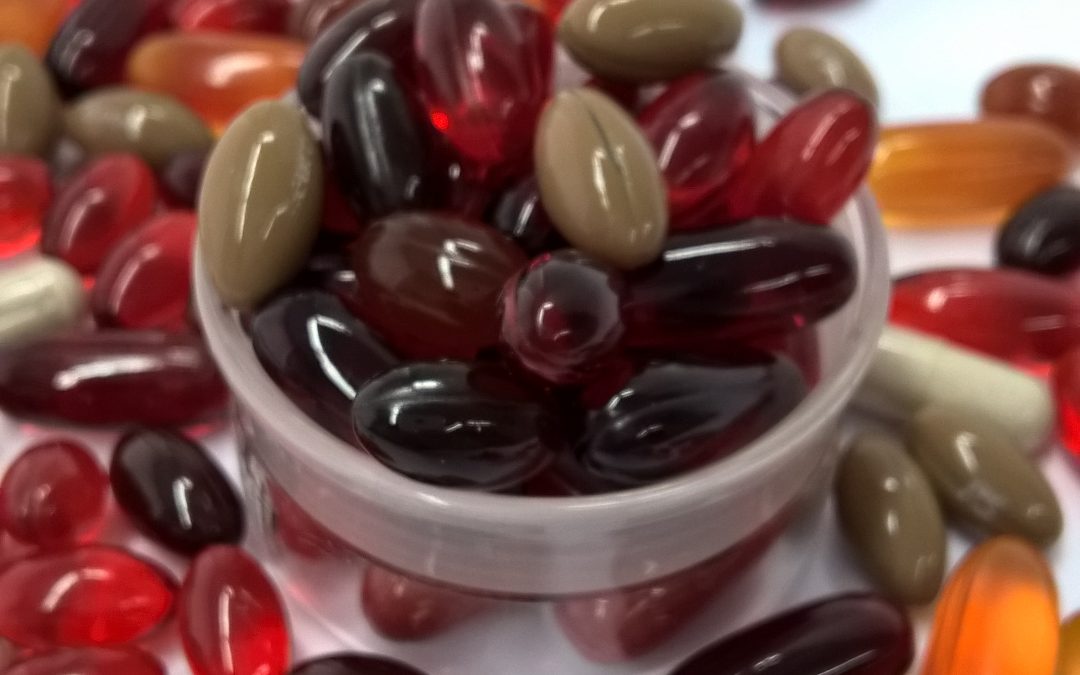 Lipids are important components of biological systems. Phospholipids are a type of lipid molecule and are the major constituents of all biological cell membranes. For instance, when many phospholipids are combined, they form a double layer that is characteristic of all cell membranes (Fig. 1). These complex structures are glycerol-based phospholipids, consisting of a molecule of glycerol to which are attached two fatty acids, a phosphate, and usually one other small molecule (Fig. 2). 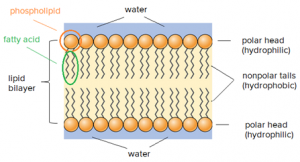 Fig. 1   Structure of a cell membrane 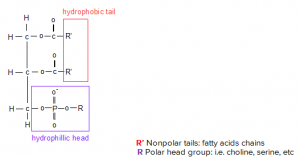 There are two major sources of lecithin: animal and vegetable lecithins. Moreover, lecithins can be used in their native or modified form. Here, modification is a process to improve the emulsifying properties of lecithin.

Quantitative Phospholipid Analysis – what there is to know? The facts.

Our Team is performing this analysis since its development. Hence, we have the know-how, expertise and experience! Spectral Service AG receives an average of 50 samples on a daily basis of all kind of matrices and from companies all over the world – only for phospholipid analyses. Based on the analytical question, we use 1H-NMR, 13C-NMR, 19F-NMR and 31P-NMR spectroscopy.

The quantification of phospholipids is performed according to two different methods: (1) 100% method and (2) absolute method. The United States Pharmacopeia (USP) method for phospholipids in krill oil was developed in the past by Spectral Service according to our standard operation procedures. The AOCS method was established by Spectral Service as well. However, this method is only valid for native soy bean lecithin. The 31P-NMR method for phospholipid analyses is also adopted as the official method by the International Lecithin and Phospholipid Society (ILPS).

Spectral Service AG is a GMP and GLP certified laboratory as well as FDA approved. The certificates can be downloaded here. The phospholipid method is validated and within the certification.

Did you know that 31P-NMR is a method used for several analyses, not only phospholipid analyses? 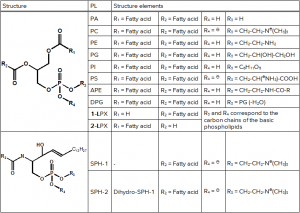 In which Matrices is the Phospholipid Analysis possible? 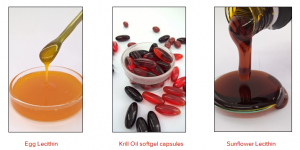 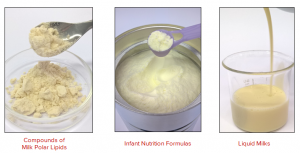 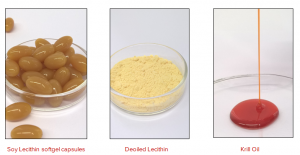 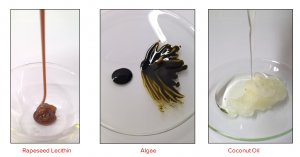 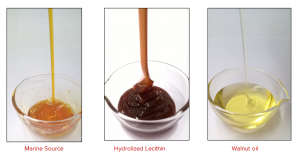 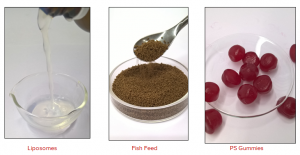 The above listed matrices are only a few examples. If you have a sample from a matrix, which is not listed above, please contact us.

How does a Phospholipid  31P-NMR spectrum look like? Some examples of certain matrices. 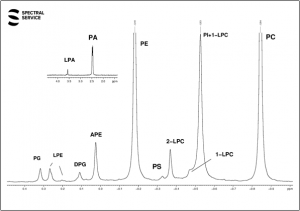 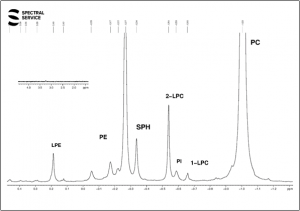 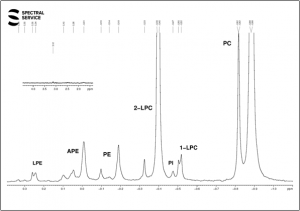 Contact us if you want to know more about phospholipids